For Advanced Learners Only: The Uncanny Valley Of Fluency 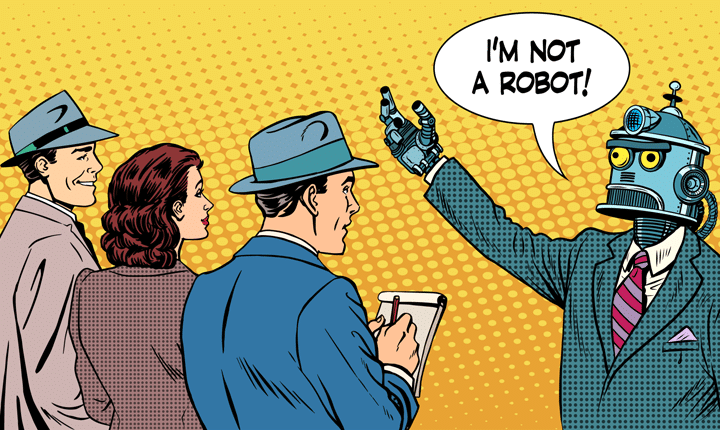 Ever heard of The Uncanny Valley of Fluency? It’s an idea of mine that I think explains a lot of the frustration more advanced learners experience as they get closer to fluency.

It’s based on the concept of the uncanny valley, which suggests that as objects look more and more human, they reach a point where they look almost human, but not exactly…

So they produce uncomfortable feelings of eeriness and revulsion in observers. 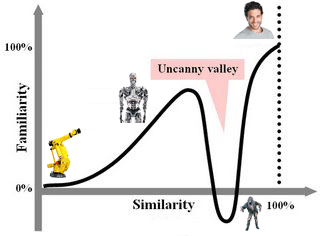 The chart on the left shows how a Terminator robot “feels” more human than a robot arm in a factory.

But looking at a zombie (at the bottom of the “valley” in the chart on the left), we fall into the uncanny valley, and feel very uneasy.

My theory is that the exact same thing happens in conversations when natives speak with learners at different fluency levels.

When a native English speaker meets someone who doesn’t know any English, there’s nothing odd or surprising about this person being unable to speak English.

The same is true for an intermediate speaker who knows many words and phrases, but still makes some mistakes.

A native English speaker listens to English learners at this level and understands that they’re students who know know a lot, but still have a long way to go.

These speakers often use native phrases, but they’re incorrect by a single word or two.

Or their pronunciation is nearly native, but there are one or two sounds they just can’t make properly.

These learners can ALMOST be mistaken for natives.

When natives hear this “almost native” speech, they become disconnected mentally from the student for a brief moment as they realize they’re speaking with a non-native, rather than another native.

This is what I call The Uncanny Valley of Fluency.

But it does mean that learners at this level begin to be seen just a bit differently, like a robot that’s almost human.

You might be amazed by a robot that’s ALMOST human, but you’re never completely fooled into thinking it’s really human.

In the following paragraph, see if you notice the speech that’s almost native:

“In these days, I’ve been taking dancing lessons. I’ve been asking my instructor for advices, but I don’t seem to be getting somewhere. I’m an optimistic, though. If I just keep on going on, I’m sure I’ll get better.”

But it’s also slightly “off,” a native expression meaning “weird” or “different,” and it leaves the student to fall into The Uncanny Valley of Fluency.

Here’s what a native would say:

“These days, I’ve been taking dancing lessons. I’ve been asking my instructor for advice, but I don’t seem to be getting anywhere. I’m optimistic, though. If I just keep on keeping on, I’m sure I’ll get better.”

Of course, there’s nothing “wrong” with this level of English. And these mistakes are usually very tiny…

But for those learners who really want to take their English to the NATIVE level – and this is very possible – this kind of speech can make you feel “so close, yet so far away” from your goal.

Learners at the advanced level get frustrated in these situations because they also recognize the moment when a native speaker notices one of these tiny mistakes.

But the GOOD NEWS is that unlike video game characters or robots that never look real enough, YOU actually can reach the level where people can’t tell whether you’re native or not!

I’ve had many conversations where I was surprised to discover someone wasn’t native, and this is really the highest compliment a language learner can receive.

“Wow! You’re NOT from (some English-speaking country)?! You speak English just like a NATIVE!”

But for those who wish to cross The Uncanny Valley of Fluency, you must learn to use the REAL speech natives use in conversations, and then practice until everything becomes automatic.

This is exactly what we help people do in our premium programs like The Fluency Course.

But whether you learn with me or not, remember that you CAN learn to speak fluently, and like a native, because you were born to speak! 🙂 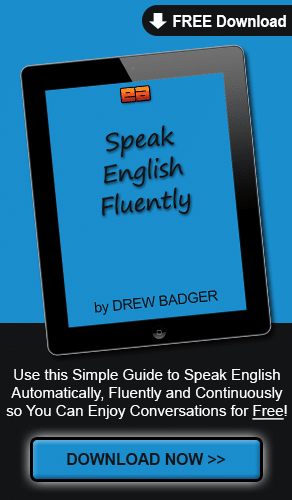